Skate Canada is a national organization based out of Ottawa. They have developed a new and improved Learn to 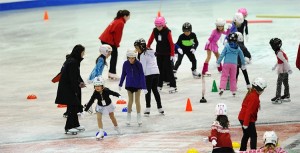 Skate program called CanSkate, which is based on Sport Canada’s long-term athlete development (LTAD) principles. CanSkate provides children with the best skating foundation for hockey, figure skating, speed skating, and ringette. The new CanSkate program has been in the works for six years now and has been incorporated into skating clubs across Canada for two years.

This program is known as Canada’s best skating program and introduces a healthy, lifelong activity at an early age. The program is focused on teaching skaters physical literacy and the fundamental skills (agility, balance, and control) essential for all ice sports. It promotes fitness and participation all while having fun on the ice! 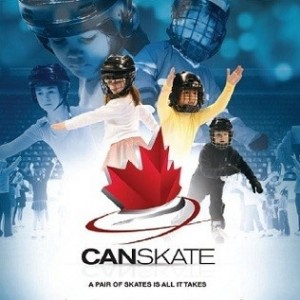 Skate Canada has broadened its horizons and is starting to incorporate their program into the Ontario School Curriculum. They have begun a pilot of this school curriculum program in Kitchener-Waterloo. The Kitchener-Waterloo Skating Club, the biggest in Canada, is offering local schools the opportunity to participate in a six week learn to skate program starting as early as grade 1. Classes will go to the rink where they will receive skating lessons from National Coaching Certification Program (NCCP) certified coaches. The skaters will be grouped according to their abilities so that both new and experienced skaters will benefit from the program. At the moment, teachers are not intimately involved in the development of the program or the assessment of the skaters. As the program continues to develop, Skate Canada hopes to actively involve the teachers in the skating and the assessment of the skaters. 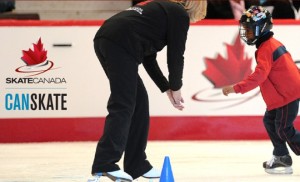 The curriculum is organized into three fundamental areas, which are agility: concentrating on most turning and jumping skills; balance: concentrating on most forward skills, pushing techniques and edges; and control: concentrating on most backwards skills, stopping and speed elements. This school based program is currently only running in Kitchener-Waterloo. It will be modified based on feedback from this pilot and implemented into the Ottawa Carleton District School Board next year. Skate Canada hopes that this program will be nation-wide in the next few years.

Some challenges they have faced during their pilot have been insufficient equipment for all students. Skate Canada’s policy only allows CSA approved helmets on skaters, which has been difficult to provide to schools. Another challenge has been deciding whether coaches would be volunteering their time for this program. The consensus among the coaches was to volunteer their time in the hopes that this program would introduce skating to a wide range of people that would become interested in continuing their skating journey. This would hopefully increase the membership at the skating clubs nearby and inspire skaters to pursue an ice sport in the future and become active for life. Through skating, students will learn about themselves as well as their classmates by focusing on their social skills and spatial awareness. This program encourages students to work on their skating skills and to share their strategies and techniques with their classmates. We hope that this will excite students in order to get them engaged in physical activity year round and become active for life in an ice sport.

All photos retrieved from http://skatecanada.ca